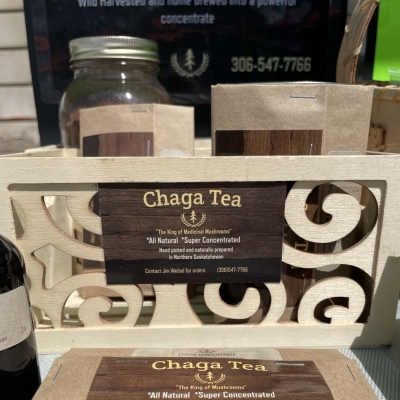 Northern Saskatchewan Chaga began with the Regina Farmers' Market in 2021 to provide and educate the Regina community on chaga mushrooms. Chaga mushrooms have a niche growing season on mature birch trees and each summer, Jim personally heads up to Northern Saskatchewan forests to forage and harvest chaga mushrooms by hand. Unlike the common image of capped portobello or button mushroom, chaga mushrooms are often referred to as "Black Gold" as a result of their charred exterior and cork-like orange tissue. Chaga mushrooms are typically dried and served in a powder or concentrate form that are often served in teas, (rather than on veggie trays). Chaga is described as having an earthy flavour with a slight bitterness.

For those new to chaga mushrooms, chaga is known as a potential superfood for its dense amount of nutrients and anti-oxidants. Without replacing professional medical advice, the centuries-old use of chaga mushrooms suggests there are natural healing properties found in chaga. For more information, visit Jim and Margaret and the Regina Farmers' Market booth to learn all about chaga! Although not on social media, e-mail inquiries are welcome! P.S. No, these are not "magic mushrooms" as they do not contain psilocybin. And to reiterate, no these mushrooms will not create any psychedillic effects. 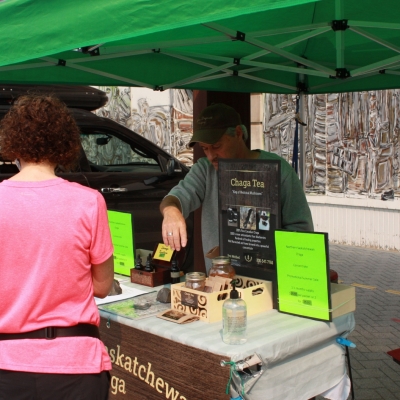 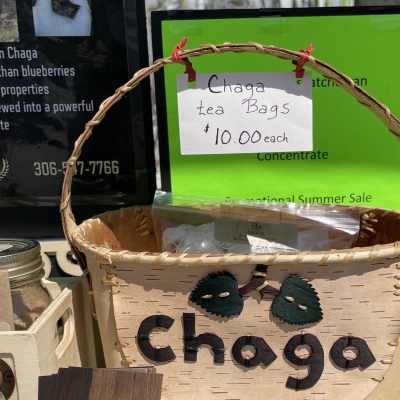 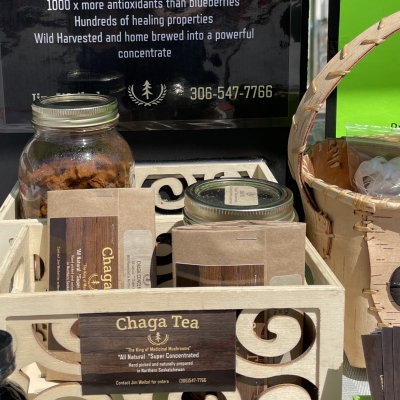 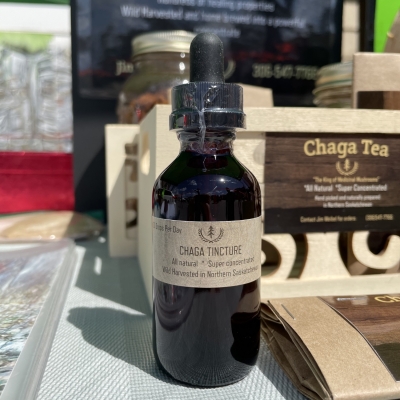 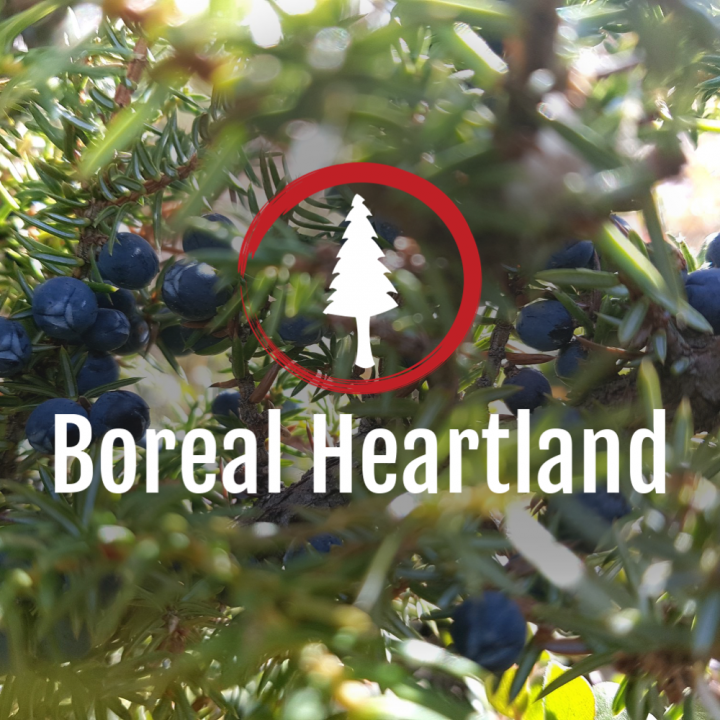